Why You Should Avoid Artificial Sweeteners pt. 2 The Gephart Strength Monday Minute - video (with fu

Phil Gephart: What is up YouTube welcome to another Monday Minute. Today we are going to continue talking about artificial sweeteners, specifically aspartame, and the neurotoxic effects or the effects that is has on our nervous system So let's get going! So the 3 ingredients in aspartame are phenylalanine, aspartic acid and methanol. The first two phenylalanine and aspartic acid are amino acids and are normally found in our food system but in long amino acid chains. These two are by themselves are in amino acid isolate form (when in aspartame). They are also produced from genetically modified bacteria in a lab. But because they are in amino acid isolate form they don't have the other amino acids to compete for the enzymes. So when we drink the diet soda it goes in our gut and it is not absorbed over hours like normal amino acids but rather in five minutes gets sent to the liver and basically gets flooded into the bloodstream because there's no other amino acids to compete for the enzymes. What this does is it greatly alters the neurotransmitters, or the chemical messengers that we have, and it can literally excite the neurons of our nervous system to death.

When aspartame was first approved by the FDA they had over 600 consumer complaints of dizziness, headaches, depression because of aspartame production. Also, a by-product of phenylalanine is DKP which is known to create and trigger tumor growth. So if you look at when aspartame was approved by the FDA in 1983 brain tumor incidents greatly increased that year and have grown proportionately as aspartame has grown in our food system which is now in over 8,000 products!

So, please, turn your products to the backside. Don't look at the marketing on the front but turn them over, look at the ingredients and if you see aspartame put it back on the shelf. Don't eat it! Warn your parents, warn your siblings, warn your friends and family - you do not want aspartame in any way shape or form in any amount in your body - whether it causes dizziness, headaches, mood swings, depression to the point of brain tumors - in obviously more abundant quantities in the body. But why even risk it! Don't take this is any mount in your body for consumption in any way.

That's it for now. Next week we're going to go a little further and talk about some other various aspects of artificial sweeteners and why we don't want them in our system. That's it for now. We'll see you next week. 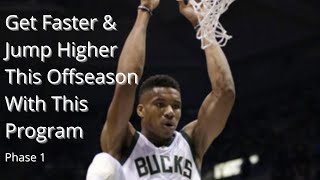